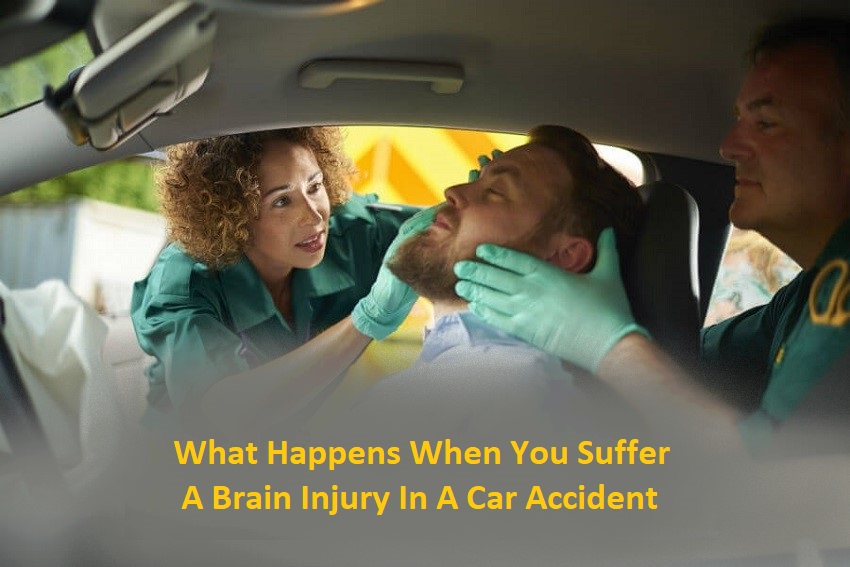 What Happens When You Suffer A Brain Injury In A Car Accident?

Left untreated, brain injury can cause a person to suffer from permanent or long-term issues. If you or a family member has suffered a brain injury caused by an accident, you must contact an experienced lawyer.

What are some of the common brain injuries after a car accident? 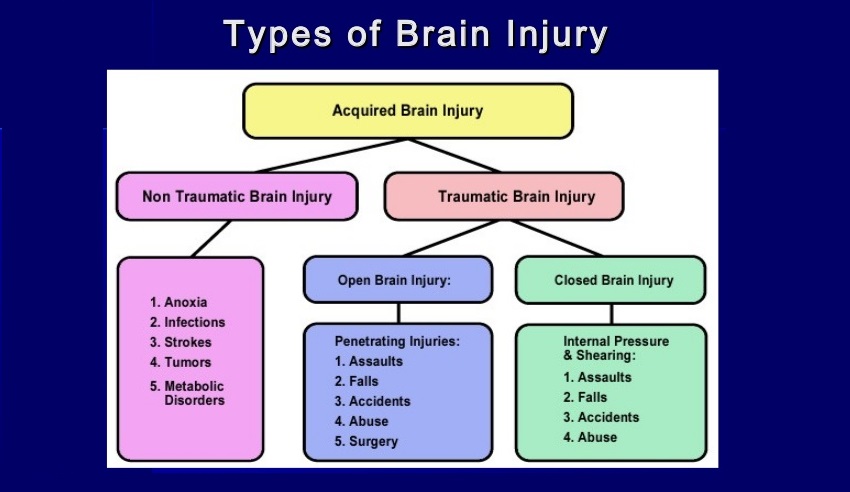 There are several ways that an individual can suffer a head injury from a car accident. According to the Center for Disease Control and Prevention (CDC), approximately two million Americans experience traumatic brain injuries each year.

About 14% of the individuals sustain a head injury, as a result of the car accident. Unfortunately, vehicle restraints don’t offer complete protection from these types of injuries.

Even with seat belts on, the impact from another vehicle still causes your head to move and collide with hard surfaces within the car, or your jelly-like brain matter, may abruptly pound against your skull wall ending in stretching and shearing your neurons, and thus causing an “invisible” microscopic brain injury.

Rear-end car accidents are one type of accident that may cause you to sustain a brain injury. The sudden impact from a rear-end collision may cause a person’s head to swing forward and hit the steering wheel.

The impact with a hard surface, such as a steering wheel or windshield creates the likelihood of sustaining a traumatic car accident head injury.

Side-impact car accidents also have the potential to cause brain injury. The force from a side-impact crash may cause your head to slam into a window. This impact could cause your brain to move or press against the skull and result in internal swelling.

Head-on collisions will likely cause a car crash brain injury. A head-on car accident causes a person’s head to strike the headrest with extreme force and may result in a head injury.

Brain injury could result from trauma or is acquired. A car accident may cause a traumatic brain injury while an acquired brain injury is caused by events after birth, rather than as part of a genetic or congenital disorder such as fetal alcohol syndrome, perinatal illness or perinatal hypoxia.

Concussions are the most common type of traumatic brain injury car accident that occurs frequently. This takes place when the victim sustains a blow to the head.

A concussion sometimes occurs with a whiplash injury. Some common signs and symptoms of a concussion include:

A bruise or contusion on the brain is another type of car accident brain injury. Trauma to the head causes the injury. The injury is related to striking the head on the steering wheel or the window. Its impact may cause the brain to move inside the skull and form contusions in several areas of your brain.

The severity of a car crash determines the severity of a brain injury. While it is uncommon to suffer a head injury in low-speed accidents, it is very common in high-speed crashes.

Proving the At-Fault Driver Liable for the Brain Injury 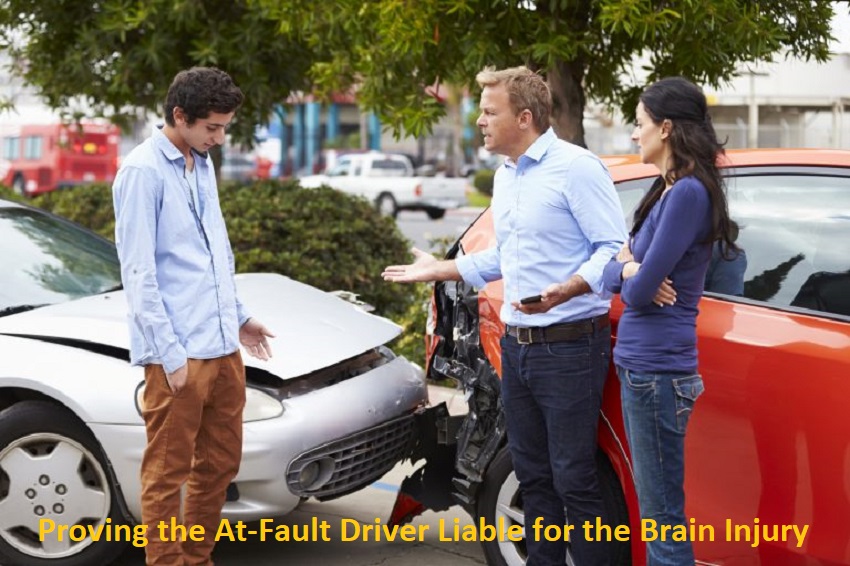 To recover compensation for brain damage after the car accident, you must establish the other party is liable for the injury. This will require the lawyer to prove the following elements in the claim:

The other driver had a legal duty to drive safely to avoid car accidents. This includes the following traffic laws and refraining from engaging in dangerous behavior.

The at-fault party breached his or her duty by driving in a manner that deviates from how a reasonably prudent person operates a vehicle. This includes failing to exercise reasonable care to avoid causing car accidents.

You must show that you suffered measurable damages as the result of the at fault party’s breach of duty. This includes medical treatment cost, long-term care, or wages you lost while you were unable to work.

Your attorney will advise you on the types of compensation available for brain injury victims.

Successful claims are based on compelling evidence of the insured driver’s role in the crash. You will need to show:

If you or a loved one suffered any brain injury from a car accident, there’s the possibility of delayed symptoms. No matter what, you need to get immediate medical assistance.  Also, contact an attorney to get a fair amount of compensation.

Mr. Stephen Mashney was my lawyer in a recent case. Throughout our discussions he identified all the possible outcomes in… Read more “Natalie K”

I used A1 Accident Lawyer when I had my auto accident and was very pleased with their top notch service.… Read more “Basil I”

Mr. Mashney of A1 Accident Lawyer a terrific attorney. I had to meet with Mr. Mashney regarding a construction issue… Read more “Evelyn C”

A1 Accident Lawyer is everything a law firm should be. They combine conscience with competence, principle with professionalism. When speaking… Read more “White B”

Had a great experience with Mr. Mashney. He was very professional and gave me good advice. He took my concerns… Read more “Lyna N”

I strongly recommend the support of the A1 Accident Lawyer for both business and individual legal matters. within at least… Read more “Yasser A”

I don’t know where to start. Mr. Sami has been my Attorny for years. He is loyal, intelligent and wonderful… Read more “Fadi A”

I would like to thank attorney Stephen Mashney for his exceptional work in handling my case. He and his staff… Read more “Mike A”

I was a student in need, and Stephen resolved my problem. I was so concerned with the cost because I… Read more “Emmanuel V”

Good business, very satisfied, they always call and update you with concerns from your Case, very professional and honest”

The best Law Office in Orange County. The staff it’s always cordial and very attentive with me all the time… Read more “Maria V”

Professional, helpful, honest. In the few times I have needed legal advice, the team here has gone through lengths to… Read more “Adam J”

A1 Accident Lawyer firm has been handling all my business legal matters since 1999. They set up my corporations, review… Read more “Sam A”

Out of all the attorneys that i have had to use mr mashney is the best.when i had a problem… Read more “Rusty H”

Mr. Mashney is the best! Definitely recommend him to anyone in need of legal help. He’s very honest and truly… Read more “Jasmina S”

My license was suspended after I received a ticket for crossing a double yellow line on the freeway, being in… Read more “Jad I”

Sam (Stephen) knows immigration laws, and the staff are very helpful and resourceful. I got a great value for the… Read more “Andre A”

I have to say they are amazing. Extremely professional and helpful. I have always seen lawyers as people just out… Read more “Araceli A”

Stephen and Sherie have helped me on multiple occasions with my minor legal issues. I’m grateful for their assistance.”

Picking a lawyer to represent you is extremely difficult. Fortunately for me, I was referred to A1 Accident Lawyer by… Read more “Nezar A”

The A1 Accident Lawyer, did an excellent job with my case. Their team (specially Sherie) were extremely helpful, they answered… Read more “April H”

After I was rear-ended on the freeway and totaled my car, it was a real dilemma for me. The damn… Read more “Melissa G”

After getting into a car accident A1 Accident Lawyer helped me the whole way through. They kept me informed on… Read more “Berlin F”

A1 Accident Lawyer helped me tremendously in the times I needed legal action taken. This firm has there priorities organized,… Read more “Omar H”

This lawyer is really trustworthy because he gave us the advice without knowing us. I really recommend him. He is… Read more “Tarek A” 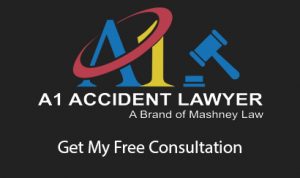